On July 4, 1984, exactly 24 years ago, I celebrated my own personal “Independence Day” and decided I would write a “contrarian chronicle of the times.” The vehicle for my ambition to become “the Samuel Pepys of my generation” was the Cyclical Investing Quarterly Report through which I would offer “Contrarian insight and cyclical economic and investment forecasts and strategies.” Over the years, to meet my subscribers’ demands for timely investment advice, I increased the frequency of my publications from 4 to 8, and later 12 times a year, plus the occasional Bulletin.

As the invasion of Iraq loomed in early 2003, as a “chronicler of the times” I felt obligated to expand my scope beyond economics and finance to encompass global social and geopolitical reportage and commentary.

Presently, the major longstanding Cyclical Investing themes — the Third Oil Shock and its stagflationary effects on the economy and stock market, the devaluation of the dollar, the massive U.S. trade deficits and the corresponding rise of Asia and OPEC as dominant financial powers, the corrosive burden of excessive consumer and government debt, the Fed’s counterproductive tendency to pump too much new money into the banking system every time a recession looms, the stock market and housing bubbles, the technology revolution — once radically contrarian, have materialized to the point where most have become widely accepted as conventional wisdom.

For the past 24 years, I have thrived on the challenges of analyzing, explaining and forecasting events in the U.S. and global economies, U.S. monetary and fiscal policy, the international scene, U.S. international trade and global oil markets (my favorite market analysis tools are MarketsEveryDay and MarketWatch). The ultimate challenge and test of my grasp on reality, however, has been to devise profitable investment strategies for stocks, bonds, currencies, precious metals and energy, calculated to avoid loss and capture gains in these volatile and constantly changing markets.

In practice, my state of mind often more nearly approximated a cross between an omnium-gatherum and a soothsayer.

Nevertheless, in the process of meeting these challenges, I learned a great deal about how the world works – in particular the interweaving of the economy, financial markets, government policy and current events. It is said that to truly understand a subject one must teach it.

Précis is an 18th-century word derived from the French “precise” and defined as a “summing-up,” or “a shortened version of a written text, containing the main points and omitting minor details.” This term seems to fit the bill admirably. So in that spirit, I would like to sum up the Cyclical Investing record of the past 24 years precisely, omitting minor details.

Here, in chronological order, are some of the more notable contrarian Cyclical Investing predictions around which profitable investment responses were fashioned:

As previously noted, during the past 24 years, I predicted five important contrarian economic and financial themes, all of which have materialized in the fullness of time, finally to become accepted, in varying degrees, by the conventional wisdom. These include:

The central, dominant role of oil: We have witnessed the collapse of oil prices in 1985-1986 followed by a decade and a half of unparalleled prosperity, two wars waged over oil and, since 2003, the Third Oil Shock, which I predicted in 1987, even to the point of writing an unpublished manuscript for a book by that title. Oil prices are now topping $145 a barrel, sending the global economy and stock markets reeling from oil-driven inflation and “economic malaise” – stagflation – similar to (though, so far, not as bad as) that described by Jimmy Carter during the Second Oil Shock of the early 1980s.

Given the apparent arrival of “Peak Oil”,” the relentless growth in demand from the emerging economies of China and India and the constant threat of political disruptions of oil supply, we must assume an innate bias of upward pressure on oil prices with corresponding stagflation and depressing effects on stock prices. Recall that in real terms, adjusting for inflation, the interval during the first two oil shocks produced the worst stock market ever (even though in nominal terms stock prices appeared to move sideways).

This longstanding Petrocycle theme, once radically contrarian has been widely embraced as conventional wisdom, with a cottage industry springing up on the ‘net around “Peak Oil.” Consequently, as contrarians we must be alert for a turn, lest we fall prey to “Demon Extrapolation.” Accordingly, we must be alert to the possibility of an eventual downturn in oil prices resulting from oil demand reduced by either a global depression or significant development of alternative energy sources.

The devaluation of the dollar stemming from massive U.S. trade deficits and the corresponding rise of Asia and OPEC as dominant financial powers: I started becoming alarmed about the expanding trade deficits in the late 1990’s but it wasn’t until shortly after the dollar began weakening in 2002 that I began recommending a significant defensive shift out of the dollar ambit into short-term sovereign debt denominated in euros and U.K. pounds. The devaluation of the dollar has proceeded virtually without interruption for over 6 years (except for 2005) and should continue for a while longer, given the persistence of U.S. mega-trade deficits (exacerbated by high oil prices) and the likelihood of a flight from the dollar by foreign creditors tired of sub-par returns on devaluing dollar-denominated bonds.

After 6 years of a declining dollar, this once-radical contrarian theme has also become widely accepted as conventional wisdom. Consequently, as contrarians we should be on the lookout for conditions that could reverse this longstanding trend. The two conditions likely to precipitate a turnaround in the dollar are:

The depressing effect on the economy of excessive consumer and government debt: This theme has long been a red flag of mine, beginning so long ago that I began to feel like “the boy who cried wolf” as years went by and the predicted credit crunch failed to materialize. (One of my problems is that I tend to see events coming long before they happen.) Eager foreign lenders, flush with dollars derived from trade surpluses with the U.S., extended the credit spree by recycling their dollars back into U.S. credit markets. In so doing they pumped up U.S. stock market and housing bubbles thereby encouraging American households to keep borrowing and spending long past the limits of prudence. I stuck to my guns, however, comforting myself with the thought that eventually the wolf showed up, catching the boy’s denigrators by surprise. It took the collapse of the housing bubble to squeeze households to the point where many homeowners were forced to default or, if lucky, merely trim back spending. The financial system and the economy are now paying the price for excessive credit extended to mortgage- and credit-card-abusers.

This theme, like the others, was radically contrarian when I first began articulating it, but, having materialized, now has found its way into the conventional wisdom’s canon. Given the extent of credit abuse by middle- to low-income households, now squeezed by rising unemployment, flat real incomes and rising cost of living, there is doubtlessly more financial distress to come before excessive credit is wrung out of the system through defaults and restricted lending. So I find myself in that uncomfortable phase when I am in agreement with the consensus. However, being Demon Extrapolators, the consensus will doubtlessly cling to this scenario long after massive defaults and the eventual rescue of corporate America by foreign investors turns the sagging American economy around. Watch for it.

In the meantime, there is the other side of America’s borrowing spree – the U.S. government’s accumulation of over $5 trillion of debt owed to the public (don’t get sucked into that $9 trillion number which includes about $4 trillion the government owes itself). This debt simply represents future tax increases to be levied on future generations by “conservative” ideologues that believe tax cuts are the answer to every problem. The debt poses two problems:

This is a theme the conventional wisdom has yet to accept, since it would force policymakers and pundits alike to face up to their financial obligations and raise taxes to cover the current costs of government. The problem is likely to become acute, and therefore, undeniable, when foreigners stop underwriting the federal deficits, and/or angry younger generations acquire the political muscle to “recover taxes not paid” by taxing the wealth of older generations. Stay tuned.

The counterproductive tendency of the Fed to pump too much money into the banking system every time a recession looms. I leveled this criticism at Alan Greenspan long before it became popular to diss the former Fed chairman. The conventional wisdom has awakened to the fact that the Fed’s expansion of the money supply contributed to our present woes by pumping up the stock market and housing bubbles, generating excessive household debt (in conjunction with foreign lenders) and fueling inflation. However, conventional wisdom does not yet see that the Fed’s interventionist policies in support of “perpetual prosperity” (attempting to prevent or minimize every looming recession) simply trades off a series of manageable, market-driven recessions for one big depression by fueling an unhealthy accumulation of consumer debt.

The Megacycle wrought by technology. A Megacycle, is a transformation of the human enterprise on the scale of the Hunter-Gatherer Revolution 100,000 years ago, the Agricultural Revolution 10,000 years ago, the Industrial Revolution just over 200 years ago and the Petro-Industrial Revolution about 90 years ago. In each case, major changes in technology and energy produce a near-total transformation of how humankind earn a living, where they live, how they get around, how they communicate and what constitutes assets or wealth. The good news is that over time such transformations vastly increase human material wellbeing. The bad news is that since the Industrial Revolution, after a period of euphoric innovation and growth, such transformations are invariably punctuated by a second phase of severe economic and financial turmoil and war before arriving at a condition of relatively stable prosperity and rising stock prices. The electronic technology revolution produced the first phase of euphoric growth of the current Megacycle in the late 1980s and especially in the 1990s. Unlike the previous Megacycles, however, the present technological transformation has not been preceded or accompanied by a corresponding transformation in energy. We are still mired in the Petro-Industrial age with oil as our prime mover. Consequently, the economic and geopolitical frictions associated with the replacement of oil by the next dominant form of energy, has, since the First Oil Shock in 1973, heightened the economic, financial and political turmoil usually associated with the second phase of a Megacycle. This has been particularly true in the first decade of the new millennium. The implications of the troubling second phase of the present Megacycle are only dimly understood by the conventional wisdom.

The confluence of these five themes has created the conditions for a “Perfect Storm” economically. The resulting economic contraction is likely to be longer and deeper than the conventional wisdom expects. Therefore, my overriding advice to subscribers is to: 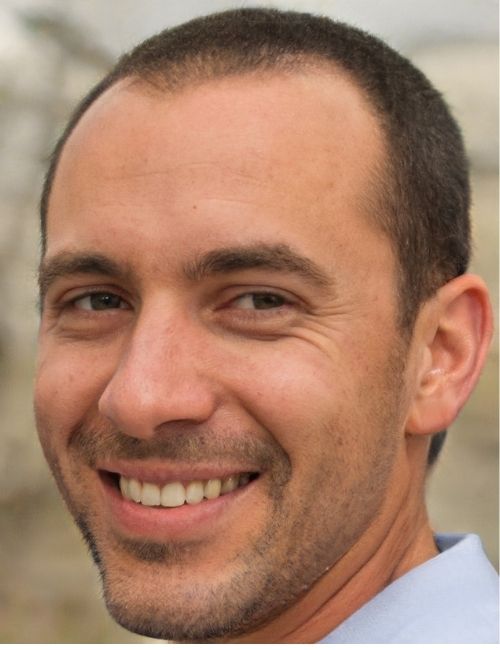 Ethan Wilson, I have been trading for over ten years. In that time, I have traded forex, commodities, and cryptocurrencies. I specialize in creating trading strategies and mentoring beginners.

Iconic One Theme | Powered by Wordpress